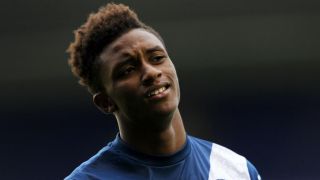 Birmingham City manager Gary Rowett has confirmed the club have accepted a bid - thought to be from Leicester City - for winger Demarai Gray.

England youth international Gray was linked with a move to the King Power Stadium in August, but a switch never materialised and the 19-year-old has made 24 Championship appearances this season.

Gray was not included in Birmingham's squad for Saturday's 2-1 win over Brentford, and Rowett revealed afterwards the club had received a bid, thought to be in the region of £3.5million, although he refused to name the team in question.

"One Premier League club met the amount required and Demarai requested permission to speak to that club," he said.

"Should the move go through I wish him all the best. He is an ambitious young player but we have shown that we have had two games without him and done well.

"The club have done all the right things and now we will have funds to strengthen the team. We can now move the team in a different direction and use the money wisely.

"Demarai is very ambitious and desperate to play in the Premier League and he backs his own ability to fulfil that dream."