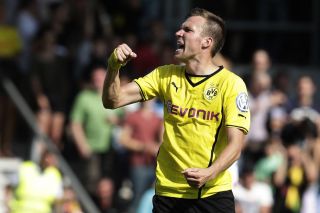 Jurgen Klopp's men were runners-up in the Bundesliga and the UEFA Champions League last time round, losing out to Bayern Munich in both competitions.

However, they have begun this season in impressive fashion, winning all four of their matches so far in the league and overcoming Bayern 4-2 in the DFL Supercup.

Grosskreutz, who has been at the club since 2009, claims Dortmund are more patient now than they have been in previous years and have been able to pick teams apart.

"The most important thing is that we started well," the Germany international told Perform. "Four wins in four matches, that's great.

"You can see improvement, we have some really good new signings and we are more patient, even when the score is level. We are calm when opponents play deep, and then we remain calm.

"We conceded too many goals last season. We want to work on that this season and, so far, it's working well."

Dortmund will look to go one better in Europe's top club competition this season, after losing 2-1 to Munich in May's Wembley final.

However, Grosskreutz feels Dortmund face a difficult task, having been handed tough group opponents in the shape of Arsenal, Marseille and Napoli.

"I'm looking forward to the Champions League, It's always something special," he continued.

"We don't have an easy group - they all are good opponents and can play football well.

"Against Arsenal and Marseille we have to be prepared, and Napoli have a world-class team. That's something we are aware of."