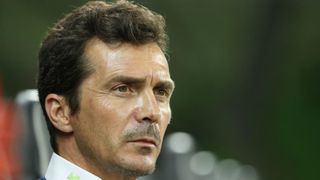 Adelaide United confirmed Guillermo Amor will not continue as coach in 2017-18, with the former Barcelona midfielder having informed the A-League club of his decision to leave on Wednesday.

Amor leaves Adelaide after three years, with the Spaniard having started at the club as a technical director before taking over as coach from compatriot Josep Gombau before the 2015-16 A-League campaign.

Adelaide was Amor's first job as a head coach.

The Reds won their inaugural A-League championship under Amor last season, while also claiming the Premier's Plate, but Adelaide's defence of those two titles never truly got going in 2016-17.

Amor struggled to improve Adelaide's form as they failed to win in their first eight matches and eventually finished ninth, while the South Australia-based side were eliminated from the AFC Champions League on Tuesday following a 1-0 loss to Jiangsu Suning.

It has been reported Amor will return to his homeland but the ex-Spain international has long been considered a candidate for Melbourne City, who are also looking for a new coach.

In February, Amor claimed he didn't "deserve" a new contract after Adelaide slumped to their 12th defeat of the season and he continued to avoid questions about his future for the rest of his tenure, including in Tuesday's news conference after the loss to Jiangsu.

"Here in this moment, no," Amor said, when asked if he would reveal his plans.

"I don't know if it's the next hours, the next days, tomorrow, after tomorrow - it's possible. But now, here, no."

Amor came up through the youth ranks at Barcelona before making his senior debut in 1988 and he went on to play over 300 La Liga matches for the club, while also spending time at Fiorentina and Villarreal.