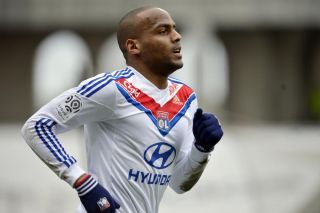 The five-cap France international saw his contract with Ligue 1 club Lyon expire at the end of last season and had been linked with moves to Turkey and England.

However, Briand, who scored 22 goals in 110 league matches for Lyon, is now under contract at the HDI Arena until June 2015.

The former Rennes man follows the likes of Joselu, Ceyhun Gulselam and Hiroshi Kiyotake through the door at Hannover as Tayfun Korkut looks to improve on the club's top-10 finish last term.

"The Bundesliga is a new experience for me, for which I am very pleased," Briand told the club's official website.

"I'm curious about playing in a league in the country of the world champions, after many years in the French Ligue 1.

"I want to find my way quickly in Hannover and very much hope that we have a successful start to the season against Schalke on Saturday."

Briand, 29, last featured for the national team against Uruguay in 2012.