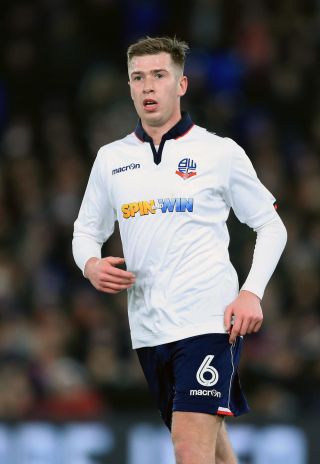 The central midfielder has quit crisis club Bolton after 17 years to make the move to Edinburgh.

The 25-year-old joined Wanderers aged seven and went on to make 182 appearances.

But he says Hibs boss Paul Heckingbottom’s determination to make him his seventh signing of the summer was enough to convince him to move north.

Vela, who played alongside fellow Leith new boy Christian Doidge at the University of Bolton Stadium, told his new club’s website: “Hibernian were persistent when I had offers from other teams and that played a big part in me coming here.

“Every player wants to feel wanted and I was really impressed with everything that I heard, then what I saw when I came for a look myself.

“The manager went into real detail about what he wants from me – as a person and tactically – and I feel like I can help him achieve what he wants to do with the club.

“It’s exciting, to be honest. It’s a new challenge for me after spending so long at one club, in a new environment, and I’m just looking forward to getting started with the rest of the boys.”

Heckingbottom is pleased to have the tenacious battler on board, adding: “I’m delighted to have been able to sign Josh.

“He will add energy and a competitive edge to our midfield.

“Josh is an all-round midfielder with the athleticism to support attacks and play on the front foot, helping us win the ball back.

“He was worth the wait and I’m glad we were patient in order to land him.”