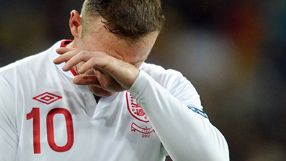 Capello criticised Rooney through an Italian radio station, stating that he only really performs when playing for club side Manchester United and does not make the impact many expect on an international level.

The 26-year-old striker missed England's opening two group games against France and Sweden due to suspension, but played in the final group match against Ukraine and the quarter-final tie with Italy.

However, Rooney was not at his best despite scoring in his return against the co-hosts, and following the Three Lions' penalty shootout defeat against the Azzurri, Rooney has received his fair share of criticism.

But Hodgson has defended the striker's international career and admitted that he is far from impressed with Capello’s comments to the media.

"Capello is entitled to his opinions, I suppose. I don't know what relationship he would have had with Wayne but I always think it's a bit cheap to kid on a player who was so anxious to do well," he told talkSPORT.

"His attitude [at Euro 2012] was magnificent. He was putting in extra work in training because he was concerned he was behind the others having missed the first two games through suspension.

"He was trying to do extra work and we were trying to put the brakes on. His desire to do well was enormous.

"In the final game [against Italy] he, along with one or two other players, didn't play to the level he can but that's what football is about. If every player was a robot and played at the same level in every game then football would be a very simple game and we wouldn't need coaches."

There have been calls from coaches to introduce a winter break in England, including Manchester City boss Roberto Mancini, who believe the likes of Spain and Germany have an advantage because they are allowed a rest over the festive period.

Despite Hodgson conceding that the quarter-final tie may have been a step too far for England, he maintained his happiness with what England achieved in Poland and Ukraine.

He added: "Maybe it [the quarter-final] was a bridge too far. We ran out of legs a bit in the final part and didn't keep the ball as well as we should have done but it was a valiant effort to take the game to penalties.

"There was a brief period in the first half when we showed what we could do but we couldn't keep that up. Getting to penalties was the best we could do.

"In the first half that showed. At half-time I didn't see any reason to believe we couldn't win the game. But in the second half and extra time it was obvious they were in the ascendancy and we were thankful for some magnificent defending to make sure we stayed in the game.

"There was no surrender. It was a great effort and I feel very proud of what the players did for me in the pitch. But there will always be recriminations if you don't get as far as you'd like, and achieve what you want to."