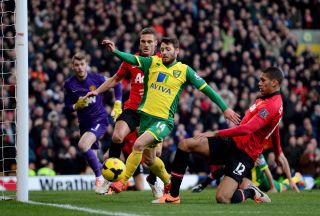 Norwich confirmed on Tuesday that a transfer request from Hoolahan had been turned down, with the midfielder contracted to the club until June 2015.

However, in a statement released to Sky Sports, Hoolahan has reiterated his desire to move on.

"Following a meeting with the club chief executive, I felt I had no option but to hand in a transfer request," the statement read.

"I have noted that request has been turned down - however, I believe it is in the best interest of Norwich, for whom I have the greatest respect, and myself that I am allowed to move on and play my football elsewhere."

An integral figure in Norwich's rise from League One to the Premier League, Hoolahan has made over 200 appearances for the club since joining from Blackpool in 2008.