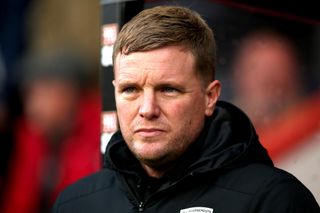 The Cherries boss revealed a couple of players were “getting really close” after the first-team squad were hit by a string of fitness problems, with striker Sam Surridge recalled from a loan spell at Swansea as cover.

Nathaniel Chalobah has shaken off a knock and will be available for Watford’s trip to the south coast.

Chalobah was withdrawn at half-time during last Saturday’s 3-3 draw FA Cup draw against Tranmere, but has trained this week.