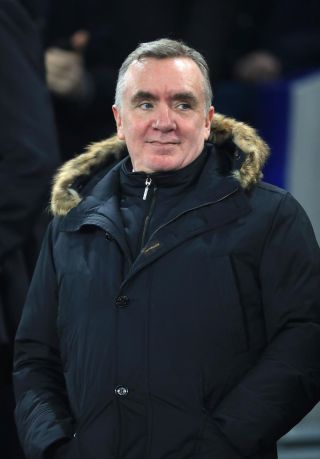 After a decade working for his boyhood club, and a short spell at German side 1860 Munich, the 56-year-old headed to the United States to get his teeth into his most challenging project to date.

Ayre was announced as Nashville’s chief executive in May 2018, five months after the MLS franchise was confirmed, and has spent the last 21 months feverishly setting up a team from near enough scratch.

The Tennessee club make their eagerly anticipated MLS bow against Atlanta this weekend at Nissan Stadium, marking the end of a frantic process and the start of a new chapter.

“Of course it’s tough” Ayre told the PA news agency about the process.

“And starting a club and a season with 30 players who have never played together is unique and challenging.

“Starting a season with new fans, new sponsors, new stadium is all part of the challenge of putting on a show that makes Nashville proud.”

Ayre has embraced that challenge and life in Nashville, where he has attempted to help build a club that reflects ‘the Music City’ as “entertainment is king”.

He sees similarities between the city and his hometown of Liverpool, while he has also drawn inspiration from the club he spent a decade working for – the key lesson being the importance of effective recruitment.

“We’ve deployed or built the same sort of recruitment process and types of people – not obviously the same people – as we did at Liverpool,” Ayre said.

“I’m a fan now of Liverpool Football Club. I’ve nothing to do with it other than being a fan, which I have been my whole life.

Trust the process. Trust each other.— Nashville SC’s MLS Debut is THIS SATURDAY (@NashvilleSC) February 28, 2020

“But it’s just about keeping on the path and we’ve tried to take the same approach to a collaborative group of people working really hard together to pick the best players you can pick and spend the money and get the most value that you can get, and you’ll get some of them wrong and you’ll get something right.

“You’ll get some players you want, some you won’t get. But it’s an evolution, not a revolution.

“You can’t go out and buy five players and them all be brilliant every time. It’s just doesn’t happen.

“But that’s the one thing I would say on the football side, we really tried to mirror their recruitment process and infrastructure.”

Michael Edwards and Co are certainly getting praise now for the work they are doing at Liverpool, who are already on the cusp of Premier League glory as Nashville end February making their MLS debut.

Unmoved by the attention fellow new boys Inter Miami are getting due to David Beckham’s involvement, Ayre only cares about giving the city of Nashville the team and club they deserve.

“I think as long as we can all look each other in the eye come the end of the season and say we did our best and made Nashville proud then we should be able to say it was a successful start,” Ayre said.

“Equally, the margin of difference between teams in MLS is small, so anything and everything is possible in this league, which is a big part of the appeal.

“To be starting our first ever game shortly and having already sold almost as many tickets for our opening game as Anfield held when I joined in 2007 bodes well for a big start.”