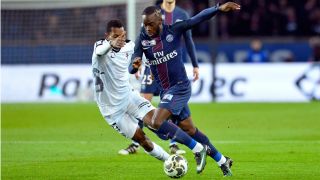 The 20-year-old has spent the past 18 months on loan at Montpellier, but Lille confirmed on Tuesday that Ikone has signed a five-year-deal at Stade Pierre-Mauroy.

Ikone has featured for France from Under-16 to U-21 level, and was part of the team that secured European Under-17 Championship glory three years ago.

He progressed through PSG's academy and signed his first professional contract in 2016, but has struggled to break into the first team at Parc des France making just four Ligue 1 appearances.

It completed a busy day of transfer activity for Lille, who also confirmed the arrival of Jonathan Bamba from Saint-Etienne.

The forward, who scored seven goals in 34 Ligue 1 appearances last term, also pens a deal until 2023.