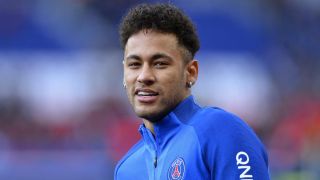 Neymar has been named in Paris Saint-Germain's squad to face Marseille in Sunday's Le Classique clash in Ligue 1.

The Brazilian superstar was a doubt for the game after missing training on Friday due to a virus.

Midfielder Marco Verratti, who is suffering from abdominal pain, is not available to play against Marseille, however.

Neymar, a world-record signing when he joined from Barcelona for €222million at the start of the season, was sent off in PSG's away game at Marseille, which ended in a 2-2 draw.

PSG are 12 points clear of Monaco at the top of Ligue 1, with Marseille in third, a further point behind last season's champions.