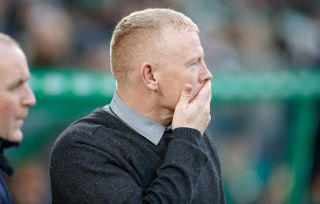 Livingston manager Gary Holt has a couple of unnamed injury worries ahead of the visit of Hibernian.

Holt revealed some players had knocks and strains after the opening Scottish Premiership defeat by St Mirren.

Hibs boss Jack Ross will be without four players ahead of his side’s trip to West Lothian.

Stevie Mallan has had a setback with his knee injury, while winger Drey Wright has picked up a thigh strain.

Youngster Sean Mackie is still short on fitness following ankle surgery, while Adam Jackson is unlikely to feature either.