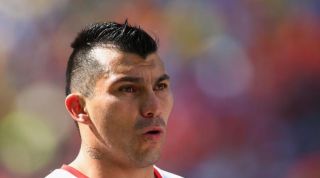 The Chile midfielder had already been training with his new team-mates, but the Italian club did not officially announce his arrival until Saturday.

Medel, who made 34 Premier League appearances for Cardiff in the top flight last season, has signed a four-year contract at San Siro.

Speaking to the Serie A outfit's official website earlier this week, Medel said: "Yes, I'm finally at Inter and I'm thrilled to be at this great club.

"I'm working hard and hopefully I'll be ready to play for Inter soon. I'm really happy to have joined a great club where there are lots of great players.

"Hopefully my team-mates and I will be very successful this season."