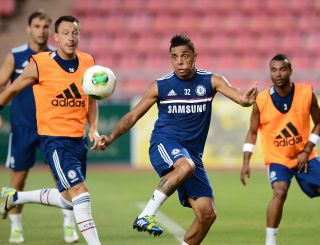 The 19-year-old only arrived at Stamford Bridge at the end of last season, having originally signed for the club in December.

He remained at former club Fluminense until the climax of their campaign, but with limited opportunities at Chelsea the youngster has been loaned to manager Jose Mourinho's former club to gain experience.

Wallace becomes Walter Mazzarri's sixth signing of the close-season, adding to his defensive options along with Rolando and Matias Silvestre.

"The paperwork on the Brazilian defender's loan move to Inter from Chelsea has been completed and the documents submitted to the Lega Serie A."

Inter struggled in Serie A last season, finishing ninth, and have turned to Mazzarri to get them back in contention for the title.