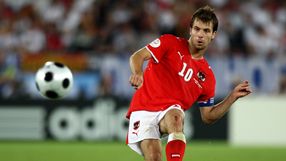 Ivanschitz, who was never selected by Constantini despite being widely regarded as one of the country's top players, was included by caretaker Willi Ruttensteiner for the Euro 2012 qualifiers away to Azerbaijan and Kazakhstan next month.

The 27-year-old, who plays with Mainz 05 in the Bundesliga, won the last of his 49 caps in February 2009 under Constantini's predecessor Karol Brueckner.

"I believe he is one of Austria's top 23 players," said Ruttensteiner.

Austria no longer have a chance of qualifying for Euro 2012. Constantini was told that his contract would not be renewed following their failure to qualify and quit one week later.