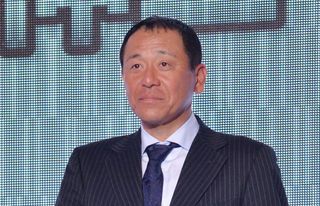 Vortis have suffered a torrid first half of the campaign, with just five points to their name from 16 matches thus far, leaving them 10 points adrift of Sunday's opponents.

Ardija have experienced struggles of their own and boast only three victories, although a fourth win could see them climb out of the relegation zone.

Vortis' only success came at Ventforet Kofu in April, while Ardija's last win was earned at Tokyo in May.

Toiling just above the bottom two in the drop zone are Kofu, who travel to fifth-placed Sanfrecce Hiroshima, currently lying four points shy of the AFC Champions League qualification spots.

Looking nervously over their shoulders at the bottom three are a trio of teams all on 18 points - Shimizu S-Pulse, Nagoya Grampus and Cerezo Osaka.

Tosu, four points adrift of leaders Urawa Reds, will be aiming to close that gap in the hope that the Reds slip up at home to fourth-placed Kashima Antlers.

The third side occupying the Champions League berths are Kawasaki Frontale, who have won three matches in succession and take on mid-table Albirex Niigata.