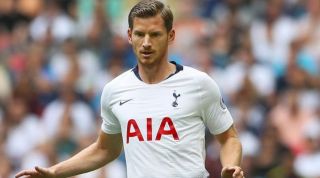 The 32-year-old is yet to feature for Mauricio Pochettino’s side this season despite playing a key role in their run to the Champions League final last term.

Vertonghen fits the profile of defender that Leverkusen are looking to bring in before the 2 September transfer deadline, Kicker reports.

They want a top-level, strong, left-footed centre-back to bolster their ranks and the Belgium international is eager to get game time.

The outlet believes there is a good chance of the move going ahead, with the 32-year-old’s contract at Spurs set to run out in 2020.