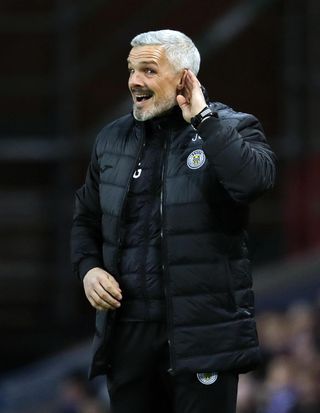 But Goodwin may have to take into account the fact his team had to battle through extra time and penalties to edge out Motherwell in the Scottish Cup after Tuesday’s 4-4 thriller.

The Jambos could be without Liam Boyce for the trip after the striker came down with a bout of illness.

Toby Sibbick is ruled out with a sickness bug while Marcel Langer completes his two-game ban after being sent off at Celtic Park.