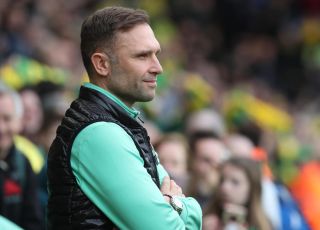 QPR caretaker manager John Eustace praised his players after they closed their season with a hard-fought 2-1 victory over Sheffield Wednesday thanks to Matt Smith’s stoppage-time volley.

Wednesday started strongly, with Marco Matias beating the offside trap on three occasions in the first half – but the resulting crosses could not find any of his team-mates.

The visitors took the lead in the 28th minute when Darnell Furlong lashed in a wonderful cross and Josh Scowen timed his run before slotting the ball into the bottom corner.

The second half burst into life when referee Andy Davies awarded Wednesday a penalty, much to the dismay of the QPR defenders, after Fernando Forestieri went down in the area in the 57th minute. Forestieri stepped up and sliced the ball high and wide.

With 80 minutes on the clock, referee Davies had no other option but to point to the spot for a second time after Bright Osayi-Samuel was tripped in the area.

Eberechi Eze took the spot-kick and watched on as Keiren Westwood parried the ball away.

Wednesday dealt with the pressure the away side posed and created a chance of their own. Matias coaxed a foul and the referee pointed to the spot for a third time.

Hector took the 84th-minute penalty and slotted the ball into the bottom right corner.

Deep into stoppage time, Massimo Luongo’s deep cross was caught sweetly by Smith, who smashed the ball into the top left corner, giving Westwood no chance.

Eustace said: “The attitude of the players has been different class. They’ve stuck to the game plans and done everything I’ve asked them to do.

“I’ve got a lot of respect for the group because we were in trouble and heading for the bottom three.

“They’ve got the right attitude and they’re all willing to learn. I think the future is bright.

“It’s great to finish with a win, especially for the fans. Today was a massive plus.

“Since I’ve come in seven games ago, it’s been the same story – we haven’t taken the chances.

“We’ve had some really positive performances without putting the ball in the back of the net. It makes a big difference.”

When asked about his time as caretaker boss, Eustace said: “It’s been a really enjoyable year, especially the last four or five weeks.”

Owls manager Steve Bruce said: “It was a lacklustre, end-of-season game, a bit like a friendly.

“When you don’t get the basics right, you get punished and we did today. Overall they’ve done very well, but it’s been taken away from us.

“We’ve had a good three months – an OK three months and we have a big summer ahead of us. We have four loans and eight or nine out of contract.

“There’s a big scope here but we need some fresh faces and fresh legs in the squad.

“We want to keep Kieran Lee here, I can confirm that. With a good pre-season under his belt, let’s see if we can get him back to the player we know he is.”