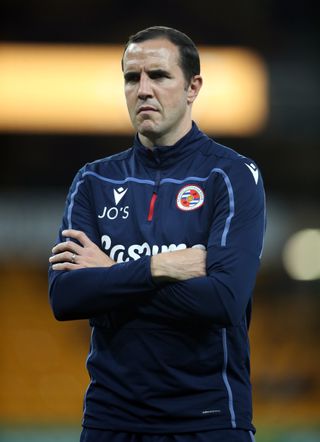 Reading first-team coach John O’Shea believes that new manager Veljko Paunovic has already had a positive impact on his squad.

Serb Paunovic is still in quarantine, after attending the squad’s pre-season training camp in Portugal, but is clear to take over from next Tuesday.

Reading saw off Colchester thanks to a hat-trick from Lucas Joao, who struck shortly before half-time and twice in the second period.

The League Two visitors had taken the lead through Jevani Brown in the 37th minute.

“He can’t wait to get properly involved and get more of his ideas over to everyone and get things in place.

“When you get appointed, you want to put your stamp on things as soon as you can.”

O’Shea added: “I was delighted with the second-half performance and the last five minutes of the first half.

“Credit to Colchester. We made the boys aware that, when you play against lower-league teams, they are really up for it and try to cause you loads of problems. And they did.

“But, thankfully, we adapted to it and coped with it. We stopped rushing and we played a bit calmer.

“There were lots of positives in the second half but a lot of things to work on as well.

“Lucas (Joao) is a fantastic striker. He’s a top personality in the dressing-room and around the place. If we can keep him fit, he’s a big asset.”

“Unfortunately, we just couldn’t hold out (at 1-0) until half-time.

“We knew Reading would step it up after that. We heard them get a bit of a rollocking next door at half-time.

“When they scored their second goal, you’re just hoping to get another chance to get back into the game.

“We had a couple of moments but, overall, I’m really delighted with some of the stuff that I’ve seen from us this afternoon.

“At the break, we were absolutely unlucky to be at 1-1. I thought that we were much the better side.

“We took the game to Reading and some of our patterns and one-touch movements were excellent. Our goal showed that.

“But we were up against a Championship team, with big players, and that’s what we had to expect.”