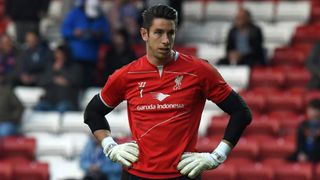 The Eredivisie side have confirmed that the 34-year-old will join them pending the successful completion of a medical on Friday.

Ahead of the 2016-17 campaign he trained with Liverpool before Feyenoord swooped to sign the experienced shot stopper, Jones seen as cover for Kenneth Vermeer who was ruled out for the rest of 2016 with a ruptured Achilles tendon.

"After Kenneth Vermeer's serious injury we had to act fast, also because Warner Hahn is out of action for some time too," said Feyenoord's technical director Martin van Geel.

"We only have two more fit keepers in Par Hansson and Justin Bijlow, not enough in our view to start a season with lots of league, cup and Europa League matches. That is why we immediately started looking for an experienced goalie, and we found one in Brad.

"He brings a lot of know-how with him. Thanks to the half year at NEC he knows the Eredivisie and he also has international experience, due to his Liverpool period among other things.

"Brad really wants to come to Feyenoord and we are delighted he is coming to strengthen us within such a short space of time."

So happy to have signed for such a fantastic club. I can't wait to get started! @Feyenoord_EN@Feyenoordpic.twitter.com/cdVlED6Ack