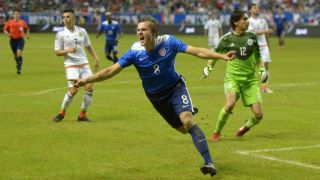 Jordan Morris is officially a member of the Seattle Sounders.

Morris, who has been training with German Bundesliga side Werder Bremen and was offered a contract by the club, has signed a homegrown deal with the Sounders and Major League Soccer.

Considered one of the best prospects in the U.S. national team pool after breaking into the first team while still playing for Stanford, Morris decided to stick around for another season of college soccer rather than turning pro in 2015 after reportedly being offered the largest homegrown player contract in MLS history.

The decision paid off for Stanford, with Morris leading the Cardinal to a national championship.

A training stint in Germany followed, but Morris has decided that his professional career should start in Seattle.