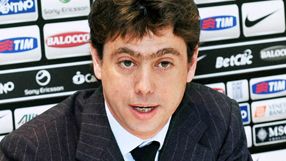 European football's governing body has introduced rules that mean clubs must curb their losses or face exclusion from tournaments like the Champions League as early as 2014/15.

"I fully agree with the principles but I'd like to see what is going to happen once it is going to be fully operational," Agnelli told the Leaders in Football conference at Chelsea's Stamford Bridge.

"Are you going to ban three teams from participating in the Champions League?," he added.

"Who is going to go to the broadcasters and say "oops, we haven't got these teams playing"? Is that going to be a correction of the overall values of the TV rights?"

Paris Saint-Germain, funded by their Qatari owners, have bought Zlatan Ibrahimovic and Thiago Silva from AC Milan, illustrating how Italian football has fallen from grace after match-fixing scandals and hooliganism problems.

Agnelli, part of an Italian family that has owned Juventus for 90 years, said the game in Italy was struggling to recover from a match-fixing scandal in 2006. Juventus were relegated to Serie B for their involvement in the affair.

Italy had to learn from Germany and England where clubs were well run commercially and had safe, new stadiums. He described the stadiums in Italy as obsolete and said that was cutting attendances and harming the ability to sell rights abroad.

"If you flick through on TV and see an empty stadium, it's hard for it to catch your attention," he said.

Juventus have set an example by moving into a new 41,000-seater stadium last season.

The club has been unable to shake off scandal, with coach Antonio Conte serving a four-month ban for failing to report incidents of match-fixing when he was at another club.

Agnelli defended Conte, saying he had taken only a few minutes to be persuaded of his coach's innocence when they discussed the case earlier this year.