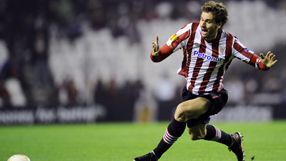 "Juventus Football Club informed Athletic Club on January 3 that, knowing Fernando Llorente will end his stint at our club on June 30, 2013, they will begin negotiations with the player to incorporate him into their squad," Bilbao said in a statement on their website.

Llorente, a tall and powerful forward known as "the Lion King" for his mane of blond hair, has barely featured for Bilbao since making his intention to leave when his contract ends in June known to the Basque club.

A product of their youth academy, the Pamplona-born 27-year-old made his debut for the first team in 2005 and has scored 115 goals in 317 appearances over nine seasons.

He has a market value of 30 million euros, according to transfermarkt.com, which tracks deals for football players.