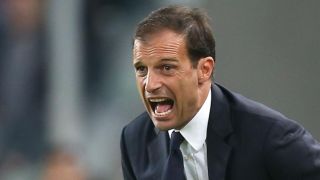 Juventus will be out to end their recent goal-drought and re-ignite their faltering Serie A title defence when they entertain Atalanta on Sunday.

The Turin giants come into the game having recorded consecutive goalless draws, in the league against Inter and in the Champions League against Borussia Monchengladbach - missing numerous chances in both games.

In the wake of the Gladbach stalemate, coach Massimiliano Allegri called upon his charges to up their game in the final third and end the club's ongoing woes in front of goal.

Paulo Dybala has been the most prolific of Juve's attacking options in the league this season, scoring three goals, while Alvaro Morata and Simone Zaza have one each and Mario Mandzukic is yet to open his account in Serie A.

And Juve's general manager Giuseppe Marotta believes Dybala - who arrived from Palermo in the close-season - cannot be expected to shoulder the goalscoring burden by himself.

"Dybala is a talent, but he can't give immediate answers," he said.

"He will be a lot better in the years to come, because switching from a provincial team like Palermo to one like Juventus means big tests in terms of criticism, training etc.

"As for our expectations, he's doing well, the results shouldn't just be down to him.

"From my experience, he's the kind of player who will go right to the top."

The hosts come into Sunday's game 14th in the table with just two wins from their first eight games but can at least draw some comfort from the fact that they have not been beaten by the Bergamo side in the league since 2001, and have won the last 10 meetings.

Edoardo Reja's men, however, have made a strong start to the season and currently sit eighth in the Serie A table, five points above the defending champions.

They chalked up their fourth win of the campaign with a 3-0 victory over struggling Carpi last time out, a game which saw Chilean forward Mauricio Pinilla score his third goal of the season.

Atalanta have now lost only one of their last seven games - to league leaders Fiorentina - and will be quietly confident that they can follow in the footsteps of Udinese, Chievo and Frosinone and spring a surprise in Turin.

Juve are again set to be without Martin Caceres, who is battling an ankle injury sustained while away on international duty with Uruguay and fellow-defender Stephan Lichtsteiner, who underwent minor heart surgery earlier this month.

Gianluigi Buffon went into the Gladbach game nursing a calf strain, but the veteran goalkeeper completed the 90 minutes and is expected to start on Sunday.

For Atalanta, both Marcelo Estigarribia and Emanuele Suagher are regarded as major doubts.