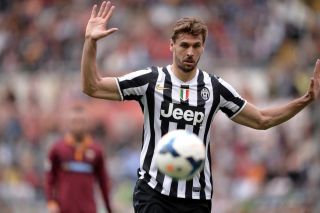 After three successive Serie A titles, Conte left Juve in July by mutual consent with Massimiliano Allegri immediately taking up the reins at the Juventus Stadium.

Juve have taken their time to adapt to the new coach's philosophies with less-than convincing performances against Lucento, Cesena and an A-League All-Stars team during a mixed pre-season.

However, Llorente - who has been in fine goalscoring form in pre-season - says the squad is stronger than ever and remain confident they will find their stride when the new Serie A campaign gets under way on August 30.

"Conte is a great coach, he has won so much and it is not easy to replace him," Llorente is quoted by Gazzetta dello Sport. "The fans, however, must have confidence in this team that is even stronger.

"The usual group were joined by five major purchases that can improve the level of Juventus.

"Allegri is good, we will give everything."

The Spain international is also prepared for a new role under Allegri with more responsibility in closing down from the front to win the ball back as high up the pitch as possible.

"I have found a way to play with Juve," he continued. "Not only to score goals, but to help the team defensively.

"Allegri always reminds us that it is important for the attackers to pressure: one begins to defend from there and this facilitates our game."