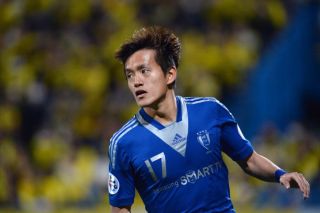 Seo Jung-won's men were comprehensive 4-1 winners at home to Pohang Steelers on Sunday, with Santos Junior helping himself to a double.

A further incentive for Suwon is that three points would see them move level with Jeonbuk and with just one loss in eight top-flight matches, the visitors head into the game in high spirits.

The last time Jeonbuk were beaten in the league was by Suwon back in May, so the leaders will be out for revenge on Wednesday.

Jeonbuk's defeat to Suwon was their only setback in the past 11 K-League outings and only Pohang have defeated them on home soil this season, while no team has conceded fewer goals in the league.

If Jeonbuk slip up then Pohang could reclaim top spot if they overcome Seongnam at the Steelyard Stadium.

Hwang Sun-hong's charges have failed to win their last two league games, while the visitors are aiming for three points to boost their chances of playing in the championship round.

Jeju United and Jeonnam Dragons will look to close the gap at the top, with the former hosting Sangju Sangmu while the latter entertain Incheon United - who won for just the second time this season against Ulsan last Saturday.

Elsewhere, Seoul could enter the top six if they defeat Ulsan at home and bottom side Gyeongnam welcome fellow strugglers Busan I'Park.