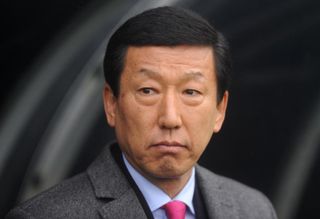 Leaders Jeonbuk Motors were one side to clinch all three points, as Han Kyo-won's goal ensured their visit to Seongnam was a productive one.

The visitors lost Lee Ju-young to a second caution after 25 minutes, but Han struck six minutes later and Choi Kang-hee's side held on to extend their unbeaten run to seven matches.

Suwon Bluewings are now second, five points adrift of Motors after Roger's 56th-minute strike earned them a 1-0 success at Seoul.

Like Motors, the Bluewings are also on a fine run of form, with Sunday's victory taking their unbeaten sequence to nine games.

Both Incheon United and Sangju Sangmu are guaranteed to be in the bottom half when the table splits in three weeks' time. And it was Incheon who got the better of their opponents on Sunday as Ivo's penalty midway through the second half secured victory.

Elsewhere, Jeonnam Dragons' clash with Gyeongnam ended goalless, as did Busan I'Park's trip to Pohang Steelers, who dropped to third.