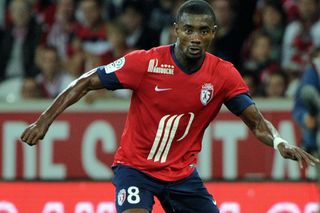 Kalou, now 28, plied his trade in west London for six seasons and scored 37 Premier League goals but has found the back of the net 17 times after just over a season at the Metropole.

The Ivory Coast international said he finds less space to weave his magic in Ligue 1 than he did in the English top flight.

"It's very hard," Kalou told Ligue1.com, when asked if he found it difficult to score in France.

"Most of the teams that you play don't want to lose. That's the first option. So you don't find the same space you find in the Premier League.

"Here it is more tactically organised, (the opposition) observe you, they take their time, they don't rush on anything. It makes it harder to have chances to score.

"It makes it very interesting. You have to be patient and you have to be effective, because you're not going to have a lot of chances.

"You have to be focused on scoring from the one chance you can make a difference with."

"I think we're going OK considering the young squad we have," Kalou said.

"You expect the team to take a couple of games to get better but I think we're slowly getting back to the top level.

"The new coach has worked with a young team before, so he knows how to direct the young players we have."

Rene Girard, who took the reins at Lille in the off-season, has provided a different game style than predecessor Rudi Garcia, according to Kalou.

"He's a different coach to Rudi Garcia. Working with Rudi was amazing. He's doing a great job with Roma as well," Kalou said.

"Rene has come in with different options. We're playing 4-4-2 with me and Nolan Roux up front.

"The team's balancing well. We're scoring goals and not conceding many. Tactically we're getting stronger and stronger."