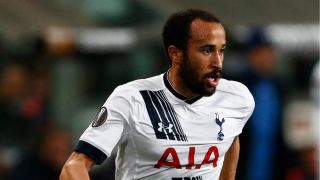 Newcastle United winger Andros Townsend believes helping his new team to avoid relegation from the Premier League could boost his chances of selection for Euro 2016.

The England international, who has moved to St James' Park from Tottenham in a deal reportedly worth £12 million, has 10 caps to his name.

While Townsend, 24, is reluctant to look beyond the task in hand at Newcastle, who are third bottom, he does feel the move could help his bid to reach France after making only three league appearances for Spurs this season.

"I can't think too far ahead," he said to Sky Sports after being asked if helping his new team beat the drop could help his selection hopes.

"I want to be playing for Newcastle week in, week out and playing well. I am sure if I can play well and help Newcastle stay in the Premier League then the personal accolades will come as well.

"I hope [I can play a part in keeping them up]. I don't think the manager would have brought me here if he didn't think that way.

"Hopefully we can start picking up some wins and climbing the table as soon as possible."

Townsend thinks Newcastle are one of England's top clubs and is eager to get them out of the drop zone swiftly.

He continued: "Newcastle is a massive club. They may be down the bottom of the table but they are still one of the biggest clubs in the Premier League.

"They have a big stadium, a great fan base and hopefully I can do well. I am just delighted to be a Newcastle player and I can't wait to get going."

Newcastle's next game is at Everton in the Premier League next Wednesday.