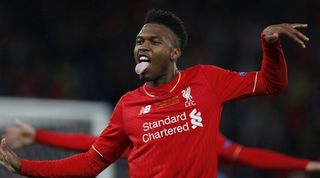 If anyone understands the injury frustrations Daniel Sturridge has suffered during his time at Liverpool, it’s Harry Kewell.

Life has been far from straightforward for Sturridge in recent times: after forming one half of a Suarez-Sturridge strike force that plundered 52 Premier League goals in 2013/14, the England international managed only 18 league starts in the two seasons that followed.

The 26-year-old, who was one of the better performers in the Three Lions' poor Euro 2016 campaign, is now a doubt for Liverpool’s opening game of the season at Arsenal on Sunday after a hip injury ruled him out of last weekend's friendly against Barcelona.

Kewell, too, had his fair share of injury woes during a five-year spell at Anfield between 2003 and 2008. Some suggested that the Australian’s problems were exacerbated by returning from injury too soon on occasions, something that may have also happened with Sturridge in the past.

“You’re a professional player and you do what’s asked of you,” says Kewell, who has joined BT Sport as a pundit for the new season. “Players are needed for certain things and not everyone gets to have that opportunity to sit back and relax - sometimes you’re asked to go and do something.

“Daniel is a big part of Liverpool. He’s had a horrid time through injuries but it’s part and parcel of football, you constantly put your body on the line day in, day out and sometimes things happen.

“No footballer wants to be unfit, we all want to go out there and play to the best of our ability, 100 per cent all the time, but sometimes you can’t. Sometimes you have to go through pain barriers, sometimes you’ve got to sit out and watch.

“Every time Daniel has played he’s scored a goal, but he does need to have a consistent run. Once he does that he’ll be scoring more goals for Liverpool, which is what we want.”

Kewell was a boyhood Liverpool fan and, despite his spell at the club not going quite how he might have hoped, he still has a great deal of affection for the Reds.

“Of course,” he says. “You always want your club to do well, the clubs that you played for. I wish them all the success and hopefully this becomes a great year for Liverpool.

“Everyone asks that million dollar question: who’s going to win the Premier League? Who knows? I think there are some great teams, none more than Liverpool.

“Liverpool are making good strides forward and like any Liverpool fan we want to see that title back at Anfield. I think Jurgen Klopp is going the right way about it.”

With the likes of Sadio Mane, Georginio Wijnaldum and Ragnar Klavan brought in over the summer, could Liverpool win the title this season?

“Why not?” Kewell answers. “Klopp has got a good team. I know a few people from Liverpool and this is the first time they’ve been really excited about the signings.

“I think he’s made some shrewd signings. I’m looking forward to seeing Liverpool this year.”

* BT Sport Score is the place to keep up-to-date with all the news as it happens on a Saturday afternoon. Watch live on BT Sport 1 every Saturday at 2.30pm. For more information visit bt.com/sport