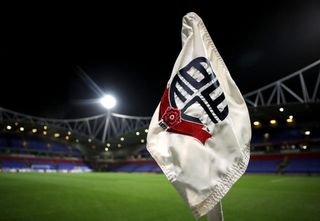 Bolton’s future is under immediate threat after a liquidation warning was issued by the club’s administrator.

What is the latest situation?

A deal to buy the club from owner Ken Anderson by preferred bidders Football Ventures – which was virtually agreed on Friday evening – collapsed on Saturday morning. Bolton’s administrator has warned he will begin liquidation proceedings on Wednesday if it is not resurrected.

So how bad is it?

On behalf of the supporters of BWFC and the greater Bolton community, the BWFCST board urge all parties to put aside any…

Potentially fatal for the club. There are now two different strands which affect Wanderers’ future, both equally as serious. The English Football League had given the club until 5pm on Tuesday to prove a deal was done or provide reasons why they require an extension, otherwise a notice for their formal withdrawal from the league would be issued. Now looming liquidation is likely to supplant that as the main threat. It will result in the loss of 150-plus jobs and the end of the club’s 145-year existence.

The EFL Board will meet and if Bolton have not met their requirements by the deadline they will most likely lift a suspension of the notice of withdrawal, leaving the club with 14 days to prove they have the funds to continue or be expelled from the league. However, within less than 24 hours of that, liquidation proceedings are likely to be started which will see the club’s assets start to be sold off.

So is that the end of Bolton?

Technically, no. They will still be able to play matches while in the liquidation process as they will not lose their league membership until the 14-day notice period has expired without proof of funds. However, without the completion of a sale it is over for Wanderers as the administrator has said there is no more money left.

If the club cannot fulfil their fixtures in the meantime, what happens?

Should Bolton cancel another game the EFL will instigate proceedings which will see an independent commission ultimately rule on a punishment. However, that process moves so slowly the club’s future will have been decided long before it sits in judgement. Should Bolton somehow survive there would be a penalty to pay further down the line.

What hope is there of an 11th-hour rescue?

Slim at the moment. Administrator Paul Appleton said unless there is a change of position from any of the parties involved, the process of closing down the club will begin on Wednesday. Current owner Ken Anderson has blamed a legal hitch, saying: “As I understand it (solicitor) Keir Gordon and the Eddie Davies Trust and my lawyers were unable to reach an agreement on Saturday. It now rests with Keir Gordon and the Trust to respond to my lawyers.” Failing the almost fantastical chance another bidder emerges in the next 24 hours, Bolton’s faint hopes lie in ironing out whatever issue derailed the deal.