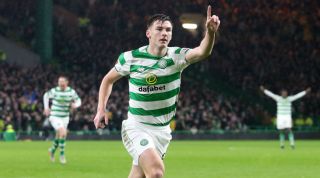 Emery has been tasked with gaining on title-chasers Manchester City and Liverpool, but on a fraction of their budgets.

And, according to the Daily Mail, Arsenal's tight fianances are making the men upstairs question whether they should be spending a healthy chunk on Tierney.

But Emery is reportedly convinced he's the kind of long-term signing that can change Arsenal's fotunes for many seasons to come.

The Spainiard must have got through to the hierarchy, as the report states Arsenal could make a bid 'in the coming days'.

Tierney has previously expressed his desire to be a one-club man and join the Celtic greats in their hall of fame.

However, having seen his compatriot and fellow left-back Andy Robertson rise so quickly through the ranks at Liverpool, his head is thought to have been turned.

The Scot provided five assists for his teammates in the Scottish Premiership last season.