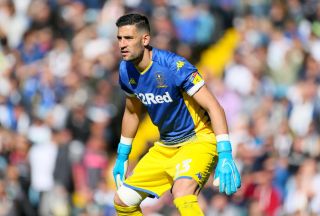 Leeds goalkeeper Kiko Casilla has been given extra time to respond to a charge that he made racist comments to Charlton’s Jonathan Leko.

The PA news agency understands that the Spaniard and his club now have until November 27 to prepare a response.

The Spaniard, 33, is alleged to have made the discriminatory comments during a Sky Bet Championship match on September 28.

Casilla strenuously denies the allegation and Leeds announced on November 4, when the charge was issued, that they would seek a personal hearing.

The player remains available for selection.

FA rules state that from the start of this season, anyone found guilty of an aggravated breach of rule E3, which relates to discrimination, faces a mandatory minimum suspension of six matches, which may be increased based on any additional aggravating factors.

Casilla was signed by Leeds from Real Madrid in January and quickly established himself as boss Marcelo Bielsa’s first-choice goalkeeper.

He has made 33 appearances for Leeds and has started in all 16 of their Championship games this season.

Casilla progressed through Real’s youth system and later spent seven years at Espanyol before returning to the Bernabeu in 2015.

He was understudy to Keylor Navas in his first season back at Real and slipped further down the pecking order when the Spanish club signed Thibaut Courtois in 2018.