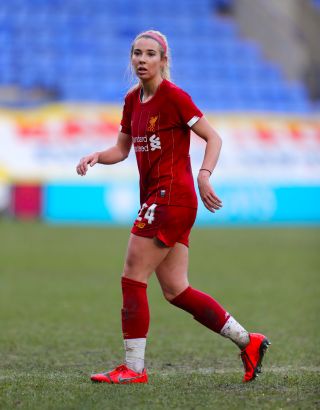 Liverpool forward Kirsty Linnett insists the players are “committed to putting the club back where it belongs” after she signed a new contract.

The club were relegated from the FA Women’s Premier League after the season was cut short and while forward Niamh Charles has left after her contract expired Linnett, who joined two years ago, has extended her deal.

“We’ve kept that team bond and I think it’s special, hopefully the rest of it starts paying off because we do have really good foundations as a team,” she told liverpoolfc.com.

“We’re all ready to get back into training in a couple of weeks and start putting things right.

“We’ve all committed to putting the club back where it belongs.”

However, Charles, a 20-year-old former graduate from Liverpool’s Centre of Excellence, has departed.

“It’s sad to say our goodbyes to Niamh as she’s someone we would like to see continuing wearing the LFC shirt,” said manager Vicky Jepson.