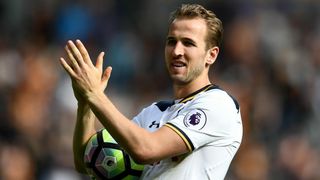 Harry Kane and Son Heung-min were both on target as Tottenham ended a fine season with a 4-1 friendly win over Kitchee in Hong Kong.

Mauricio Pochettino's side scored twice in quick succession in the first half through Son and Vincent Janssen, before late strikes from Kane and youngster Kazaiah Sterling sealed the victory.

The performance and result capped what has been a fine campaign for Spurs, who finished second in the Premier League with a club-record points total of 86.

Son capitalised on a defensive error to fire his side ahead and Janssen made it 2-0 four minutes later, steering in Ben Davies' cross after some good work from Georges-Kevin N'Koudou.

A brilliant strike from Sonny breaks the deadlock at the Hong Kong Stadium! May 26, 2017

Spurs remained the dominant force at Hong Kong Stadium but it was not until the 83rd minute that Kane made it 3-0, releasing Kieran Trippier on the break before racing to meet his return pass and tap into the net.

Lucas pulled a goal back for Kitchee before Sterling made it 4-1 in injury time, forcing his way through a challenge before rolling the ball beneath goalkeeper Guo Jianqiao and in.

An incisive breakaway sees add our third at the Hong Kong Stadium... May 26, 2017

A great moment for Kazaiah Sterling as he rounds off the scoring at the Hong Kong Stadium... May 26, 2017