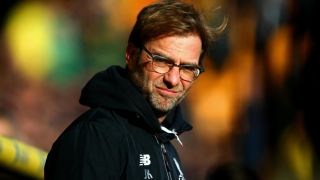 Two of Norwich's four goals came from set plays, and Klopp is determined to find an answer to their problems.

"It is not something I like to make jokes about but our defensive work from set plays, we know how it works now," he said.

"I was a below average player but when I was dealing with set-plays it was not that difficult.

"Now, as you saw, it is like a self-fulfilling prophecy.

Liverpool trailed 2-1 at half-time to Norwich, before conceding a third early in the second half, but Klopp was pleased with the way his side responded.

"I’m not sure we would have scored five if we didn’t concede four," he said.

"It was very important that we could strike back because we were really angry with ourselves at half time that it was again like this.

"When I saw how they played after the third [Norwich] goal, that was really good football. It had everything."