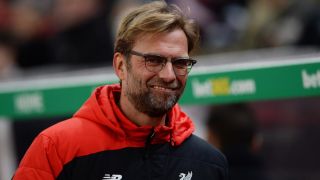 Liverpool manager Jurgen Klopp is set to risk an early FA Cup exit by playing kids in the clash against Exeter City on Friday.

The German's injury-ravaged squad play for the fifth time in 14 days when they visit St James Park for the third-round clash.

Klopp said he was unwilling to risk his more regular players again as he looks ahead to Premier League meetings with Arsenal and Manchester United.

He said it would be left to the club's youth to see their side advance.

"None of the players who played the last five or six games in a row will play at Exeter. That is not possible. Then we can try and make a team. It is not easy, but we will try and find one," Klopp said.

"The team that plays will want to win 100 per cent, but it is true that it won't be a team that has played together often.

"Our squad is big with all the young players and we have to use this quality now."

The injuries are set to provide an opportunity for Jose Enrique, 29, to make his first appearance of the season after falling out of favour under previous manager Brendan Rodgers.

Klopp said the Spanish full-back, who is returning injury, was an option in the heart of defence.

"He played earlier this week as a full-back for 90 minutes," he said.

"But we don't have too many centre-backs, so it is an idea. We could need his experience."