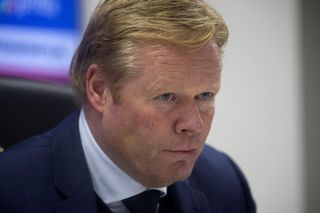 The former Netherlands international is due to leave Feyenoord over the close-season after three seasons with the Eredivisie club.

Following Mauricio Pochettino's decision to move to Tottenham, Southampton are searching for a new coach and Koeman is one of a host of names linked with the role.

"We haven't been approached by anybody, but he would like to work in the Premier League," Albers told The Daily Echo.

"From Ronald's point of view, it would be amazing. I think it would be a very good success for the club but also for the Premier League to get a coach like him.

"He is very technical, and very offensive. His team makes goals. They scored more than any other team in Holland this season."

Southampton finished eighth in Pochettino's first full campaign at the club but his departure looks set to spark an exodus, with Adam Lallana and Rickie Lambert reported to be close to joining Liverpool, while Luke Shaw has also been linked with a move away.