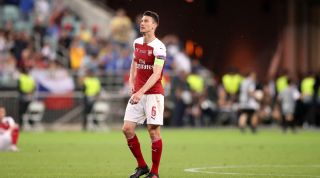 Arsenal defender Laurent Koscielny was offered up to Inter – but the Italians refused the chance to sign him, according to Goal.com.

It's thought that the Inter hierarchy believe the signing of another veteran centre-back Diego Godin is enough to bolster their defence for now.

The report does state, however, that other Serie A clubs may be interested in the Frenchman.

Koscielny is now widely expected to depart Arsenal this summer after 353 appearences for the North London club.

With Stephan Lichsteiner also departing Arsenal this summer, the Gunners will likely be evermore keen to recruit some new defenders.

The Dirty Dozen: The 12 dirtiest players in Premier League history