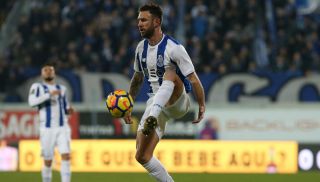 Villarreal have strengthened their defensive options with the signing of Miguel Layun from Porto for a reported €4million.

The 30-year-old Mexico international joins the Yellow Submarine on a three-year deal, and will act as a replacement for Antonio Rukavina, who moved to Astana last week.

Layun spent the second half of last season in LaLiga with Sevilla, making 16 appearances, but was not signed permanently.

An attacking full back, Layun started all of his country's World Cup group games in a more attacking role on the right wing, before coming off the bench in El Tri's last-16 defeat to Brazil.