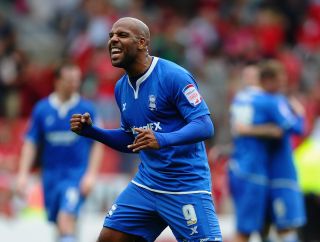 David Weir's side snapped a six-match losing streak in League One to climb to 21st but they had to do it the hard way after Jamie Proctor's ninth-minute opener.

King's second-half strike, in his third appearance for the club, denied the visitors a chance to move into the play-off positions.

It looked bleak for the home side when Proctor nodded in from close range from a well-worked corner and Crawley could have had more before the interval.

United looked more of a threat in the second half and Tony McMahon saw his powerful effort strike the post after 52 minutes.

But they were not to be denied and King scored the equaliser 10 minutes later after latching on to Febian Brandy's precise pass.