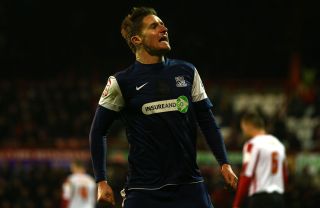 The Irishman netted a goal in either half to extend Southend's unbeaten run to five games and move them into sixth in League Two.

Cauley Woodrow's looping header went just over for Southend, but they were soon ahead as Corr bundled Kevan Hurst's deep cross in with 21 minutes on the clock.

As Fleetwood searched for an equaliser, Antoni Sarcevic struck the woodwork with a free-kick and the 21-year-old went close again just before the break, but lashed an effort straight at Bentley.

Corr almost doubled the hosts' lead from another Hurst cross, but headed agonisingly wide, although he would find the net again with 10 minutes to go.

Will Atkinson surged into the penalty area, only to be brought down by Liam Hogan, and Corr confidently stepped up to seal the three points.