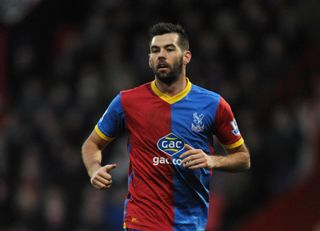 Palace saw a five-game winning run brought to an end by Manchester City on Sunday as they slipped to a 2-0 defeat at Selhurst Park.

That result has tilted the title race in City's favour after Liverpool succumbed to a 2-0 home loss to Chelsea.

Liverpool still head the table by two points from Chelsea, however, it is City - who are a point further back with a greater goal difference and a game in hand - that hold the advantage following a pivotal weekend.

But, after aiding the cause of one title contender, Palace midfielder Ledley is eager to help his side get back to winning ways as the London club seek to finish an impressive return to the top flight on a high.

Speaking of the City game Ledley told Palace's official website: "We were on a fantastic run and we wanted to continue that, but we just need to keep going now until the end of season.

"The Liverpool match is another fantastic game to play in and it's going to be a sell-out, so we look forward to that.

"It's going to be a fantastic atmosphere from both sets of fans, so there's going to be a lot of pressure on them and on us as well. Hopefully we can just continue and get a win."