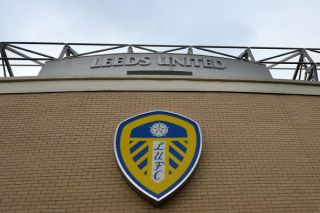 Bahrain-based Gulf Finance House will retain the remaining 25 per cent and say they have spent £20 million subsiding Leeds' losses since taking over in December 2012.

"The board has always had as its principal aim the creation of a long term ownership structure through partnership with sound and strategic investors to build on the foundations we have laid for sustainable success for this great club," Nooruddin said in a statement.

"We believe we will have achieved that with this deal. It provides the basis from which Leeds United can move forward to a position which will enable it once again to compete at the highest levels of football.

"That is where this great club belongs and it is nothing less than its fans deserve. Throughout the difficult years, as well as the glory years, they have remained second to none in their support of the club and we as a board have always appreciated their passion."

Manager Brian McDermott's future remains unclear after he was sacked before being reinstated.

Cellino owned Serie A club Cagliari since 1992, before selling the Italian outfit on Thursday.

The agriculture magnate, who lives in Miami, was convicted of false accounting in 2001, given a 15-month suspended sentence.

He was arrested last year as part of an ongoing investigation into alleged embezzlement and reportedly spent 16 days in custody before being released under house arrest – lifted in May.

Cellino must be passed as 'fit and proper' by the Football League before the takeover can be completed.