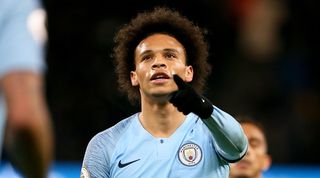 The Manchester City winger has agreed terms with the Bundesliga champions, who are on the lookout for replacements for departed wing duo Arjen Robben and Franck Ribery.

Bayern made Sane their principal transfer target at the start of the summer and expect to complete a deal this week.

However, they have yet to strike an agreement with City, who appear to have failed in their bid to persuade Sane to sign a new contract at the Etihad Stadium.

According to the Daily Mirror, the Premier League champions are demanding £140m for the Germany international.

However, Bayern are still hopeful of finalising the transfer before England's transfer window closes on Thursday.