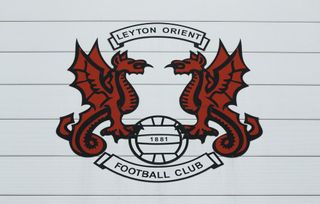 Leyton Orient are staging a 128-team FIFA 20 tournament to raise significant funds for Football League clubs whose finances will be hit by suspension of the leagues.

The Championship, League One and League Two have followed the Premier League in calling off all fixtures until April 3 due to the coronavirus outbreak, with the EFL set to meet on Wednesday to discuss the remainder of the season.

That is set to severely affect the cash-flow of some clubs, who rely on matchday incomes to get by.

Orient are asking people to donate via a JustGiving page, where 75 per cent of the funds raised will go to EFL club and the remaining 25 per cent will be split between mental health charity MIND and the COVID-19 Solidarity Response Fundraiser by the World Health Organisation.

“This provides a fantastic opportunity to play a small part in providing some engaging content with football fans at this very difficult time,” chief executive Danny Macklin said on the club’s official website.

“Furthermore and perhaps even more importantly it’s a chance to raise much needed funds for EFL clubs and two phenomenal causes.

“On behalf of Leyton Orient FC we want to thank everyone for their support and we very much wish everyone well.”

It was originally due to be a 64-team tournament held on the famous computer game, but such was the response around the world that had to be doubled.

The tournament, named the Ultimate Quaran-Team, features clubs from all four corners of the world, including Manchester City, Benfica and Roma.

Andros Townsend has confirmed he will be representing Crystal Palace.