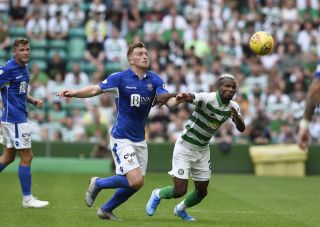 St Johnstone midfielder Liam Craig is in contention for Saturday’s Ladbrokes Premiership game against Hamilton after playing 90 minutes for the reserves on Monday following his return to fitness.

Striker Stevie May and midfielder Jason Holt are nursing niggles but both are expected to be fit.

Hamilton boss Brian Rice is hopeful one or two unnamed players will recover from knocks in time to feature.

Defender Johnny Hunt is available after serving a two-match suspension, while midfielder Scott Martin came through unscathed as he made his first appearance of the season against Hibernian last weekend.

Defender Aaron McGowan will be checked after missing out again last time out, midfielder Will Collar is working his way back from a shin injury and goalkeeper Ryan Fulton is a long-term absentee.