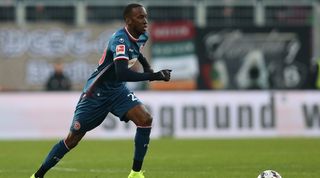 The 21-year-old signed for the Hornets from Anderlecht in January 2018, but made just one substitute appearance in the Premier League before being shipped out on loan to Fortuna Dusseldorf last summer.

Lukebakio explained that Watford wanted to keep him in their squad this season, but he had no intention of remaining in England without the guarantee of regular game time.

“Watford bought me as a long-term investment, but I didn’t realise that,” he told Het Nieuwsblad.

“It was a bad choice, because that transfer took place in the winter. That’s not a good time for a transfer.

“But I am a special player. I am capable of [overcoming] very difficult things. I had to prove myself in training and thought there was a chance. I had a lot of hope. I didn't think my chances would be limited to 15 minutes against West Ham.”

He added: “Watford didn't want to loan me last summer, which is why Fortuna Dusseldorf didn't receive a purchase option.

“The manager apparently counted on me, but after what happened last season I wasn't convinced. I had to play somewhere.

“I heard that Club Brugge and Anderlecht wanted me, but Watford didn't want me to go to Belgium. It had to be a competition with the rhythm of the Premier League.”

Lukebakio has featured regularly in the Bundesliga this season, scoring seven goals in 20 appearances.