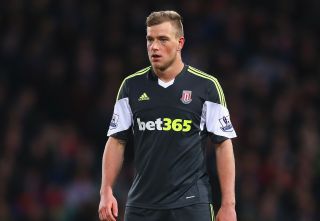 The Sweden international moved from Manchester City to the Britannia Stadium on a season-long loan earlier this month and, having overcome a lengthy injury lay-off, does not want to spend time on the bench.

He had to settle for a cameo role during the 1-0 defeat to Crystal Palace last weekend, but the 21-year-old feels he is ready to make an impact from the start against Chelsea in the FA Cup.

"I love to play every game I can," he told the Sentinel. "No offence to training, but training is just training.

"Games are what I live for – it's the best thing in the world to play football.

"It's going to take time because there are a lot of players here with a past who have played a lot of games.

"But I could start, and playing for 70 minutes is not a problem at all."

Guidetti spent last season on the sidelines, but impressed during the 2011-12 season when scoring 20 goals in 23 appearances for Feyenoord and believes goals will come if he is given the opportunity.

"I felt really good in the last game; I felt strong; I felt sharp," he added. "I was waiting for a goal; it was around the corner.

"I am confident in everything I do. I feel that if you do not believe in yourself, then why should anybody else? I go out every time to win, whether it is a game of Monopoly or a football match. That's the way I was brought up.

"I just want to enjoy myself, play as well as I can for Stoke and also score as many goals as I can.

"We play Chelsea away this weekend, a massive game, and that's in my head. I can't start thinking about what is going to happen later."